Ahn Do ‘The Happiest Refugee – Live!’ at the Cairns Dinner Theatre 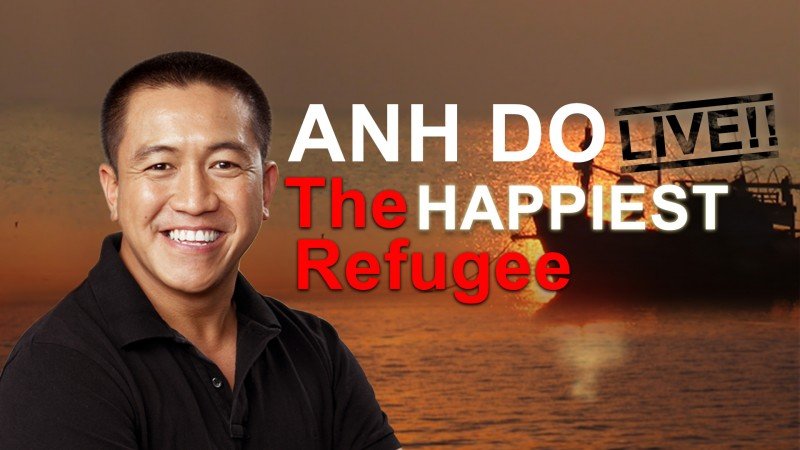 After receiving increasing popular demand Ahn Do gives to Australia an unmissable stand-up show titled after his 2010 memoir The Happiest Refugee that won several awards and became a national bestseller. In ‘The Happiest Refugee – Live!’ Ahn Do tells his life story that began on a boat to Australia along with 47 other refugees in 1980 to becoming Australia’s Comedian of the Year in 2008. His inspiring stories and famous knack for comedy will both move you and leave you aching from laughter.

Ahn Do is now one of Australia’s most sought-after stand-up comedians, who has also made appearances on popular Australian TV shows Thank God You’re Here, Top Gear Australia, and Good News Week. He’s also got a number of movies under his belt!

Experience Cairns with Marlin Cove Resort, providing unbeatable Trinity Beach accommodation just a stone’s throw away from the Cairns Dinner Theatre, one of Cairns’ premier entertainment venues. At our resort you’ll enjoy a picturesque tropical setting near Trinity Beach with Palm Cove located moments away, as you relax in our wide choice of luxury apartments that are suitable for both couples and families. All of our accommodation features fully-furnished interiors, providing everything you need for the perfect Cairns holiday. Also at Marlin Cove, you’ll be able to take advantage of exciting onsite facilities that include a stunning lagoon-style swimming pool with man-made beach, poolside BBQ facilities, heated spa and sauna, tennis court, and more.