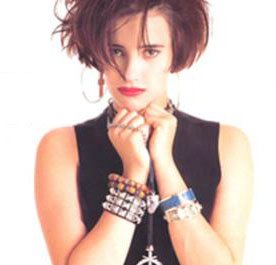 Catch 80’s pop sensation Martika as she tours Australia for the first time.

During her decade-long reign at the top of the charts, she was responsible for the Prince-produced Australian #1 Love …Thy Will Be Done as well as smash hits like Toy Soldiers and I Feel the Earth Move.

Selling over five million albums throughout the late ‘80s and early ‘90s, Martika released a slew of chart hits including Martika’s Kitchen, More Than You Know and Coloured Kisses to name just a few.

In recent years, Martika was re-introduced to public consciousness through the inclusion of her Toy Soldiers sample in Eminem’s monster single of the same name.

Catch Martika as she performs her massive catalogue of hits lives in Australia for the very first time! Head to Brothers World of Entertainment just a short drive from our Trinity Beach Cairns Apartment.

To book your stay at Trinity Beach Cairns Apartment, go to www.marlincove.com.au.