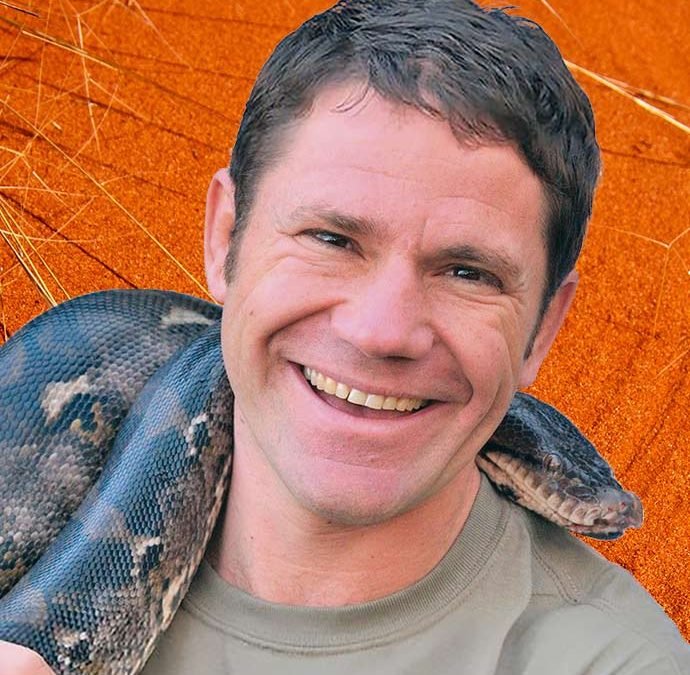 BAFTA-winning naturalist Steve Backshall brings his hit show Deadly 60 to Australia this summer with his highly anticipated Deadly 60 Down Under 2019 Tour. He’ll be coming to select cities to bring some of Australia’s most deadliest animals on to the stage, and for those that love wildlife as much as Steve, it’s not to be missed.

Steve Backshall’s wildlife documentary series Deadly 60 aired from 2009 to 2012 and has since continued with a string of equally successful spinoffs including Deadly Art, Deadly 360, Deadly Pole to Pole, Natural Born Hunters and more. In each series Steve Backshall scours different parts of the world to find the most deadliest animals in existence, which earned him two BAFTA Awards for Children’s Television Presenter and Factual Series.

In Deadly 60 Down Under, Steve brings his award-winning show to the stage – along with some of Australia’s most deadliest predators! Don’t miss it to see these fascinating animals up close as Steve shares information, stories and videos from his incredible adventures all over the globe. Audiences will be encouraged to participate in the show, providing a high-energy live experience that’s all set to be a big hit this summer.

One of the first shows of Steve Backshall’s Deadly 60 Down Under 2019 Tour will take place at the Cairns Convention Centre on January 5, and you can be sure you won’t miss it with our Cairns holiday accommodation at Marlin Cove Resort. Situated on Trinity Beach and just a short journey from the Cairns CBD, our accommodation gives you the best of Cairns in the palm of your hand, including the breathtaking Great Barrier Reef, Palm Cove, Kuranda and lots more.

Discover Cairns and enjoy Deadly 60 Down Under for the perfect start to summer – for more information on Marlin Cove Resort just visit https://marlincoveresort.etourism.net.au